The beauty of archeology is that there’s always something new to discover. One of its latest discoveries is a stunning Roman mosaic near the Shard in London. The amazing find is the largest of its kind in the city for over half a century. 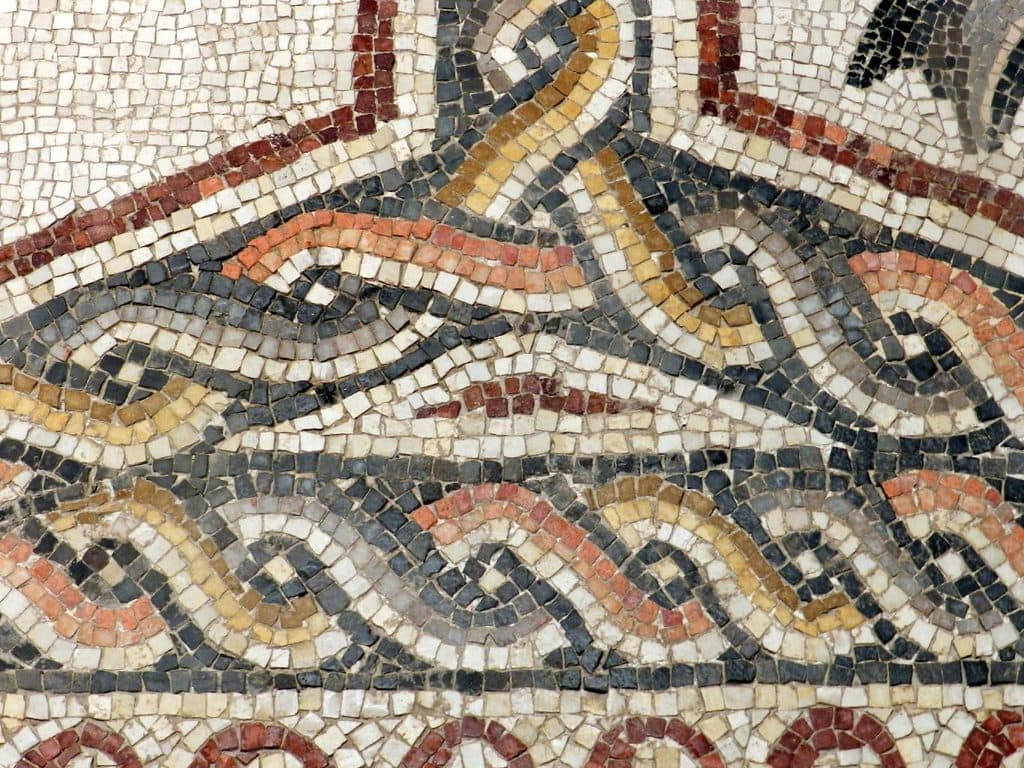 Experts believe that the Roman mosaic could have been part of a dining room within a Roman “mansio” — an upmarket ‘motel’ that had dining facilities, accommodation, and stables for state officials and couriers traveling to and from London. It’s quite likely that the establishment was located on the outskirts of Roman Londinium, which is an area situated on the north bank of the River Thames and generally corresponds to the location of the modern city of London.

The mosaic is made up of two richly decorated panels. Unfortunately, neither is complete even though they’re well preserved. They’re made of small, colored tiles that are set within a red ‘tessellated’ floor — with closely-packed, repetitive patterns. The predominant design is floral, and the largest panel has a guilloche motif — large flowers surrounded by beautiful bands of intertwining strands. A true sight to see! 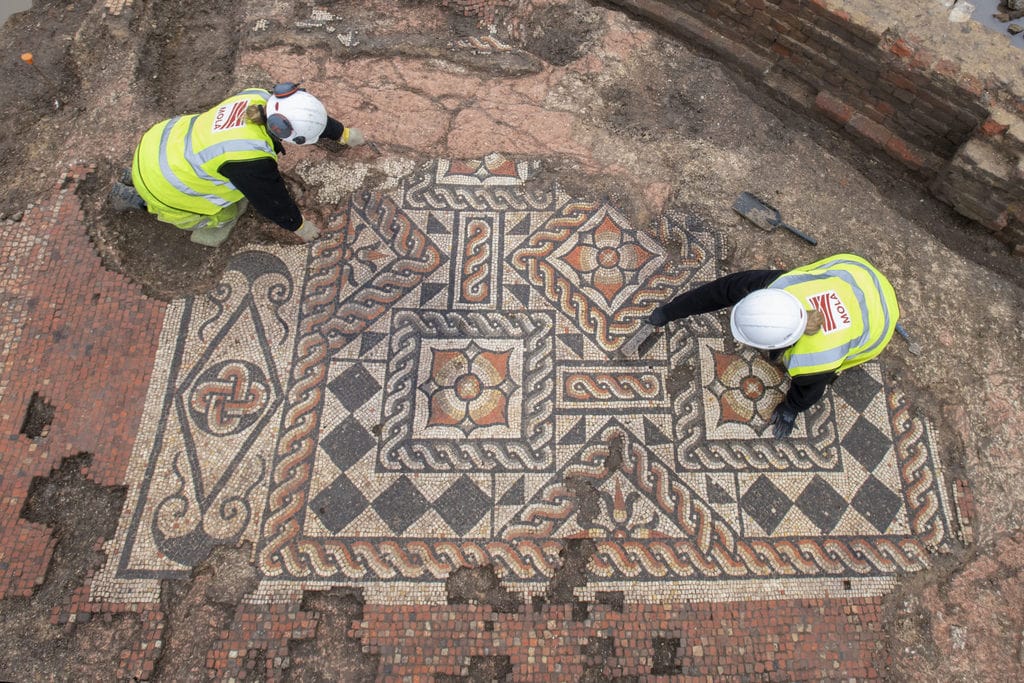 Archaeologists from MOLA (Museum of London Archaeology) stumbled upon this once-in-a-lifetime find during excavations for the construction of a new cultural quarter. Although the mosaic site is currently closed to the public, experts have made an intricate 3D model that shows the remarkable details of the mosaic in an interactive environment.

The site supervisor, Antoinetta Lerz, said that this discovery is unbelievable, and it’s been a privilege for her and the team to work on such a large archaeological site. It’s remarkable that the Roman mosaic has remained largely intact by later urban activity. When the first colors of the Roman find first shone through the dirt, “everyone on site was very excited,” shared Lerz.

The first feathered dino fossil to be found in the Southern Hemisphere was discovered in Brazil and ...