Tigers at a wildlife park in eastern India feature a variety of coat fashions, but several felines have caught the attention of geneticists because of their thick black stripes. 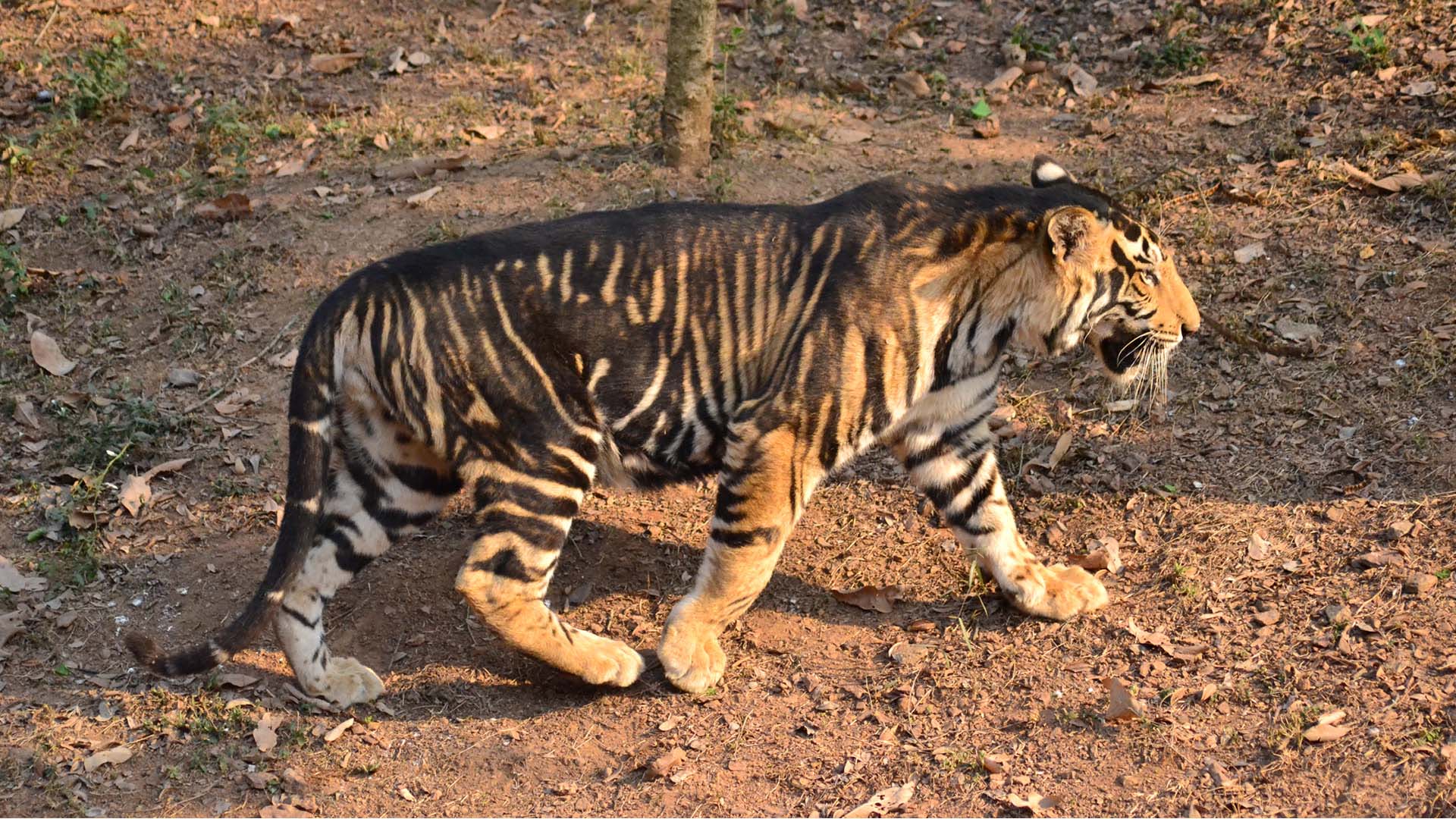 The large cats are pseudomelanistic, meaning they have wide stripes that are merged together along their body. From some angles, the felines appear to be mostly black, hence their nickname of “black” tigers.

One in Three Tigers at the Park Has the Usual Pattern

Over one-third of the felines in the Similipal Tiger Reserve are known to have this type of coat, which according to a team of geneticists in India and the United States is due to a genetic mutation.

Led by Vinay Sagar of the Tata Institute of Fundamental Research, the experts have conducted a genetic survey of 85 tigers across four subspecies to figure out what was different, at a molecular level, about those felines. 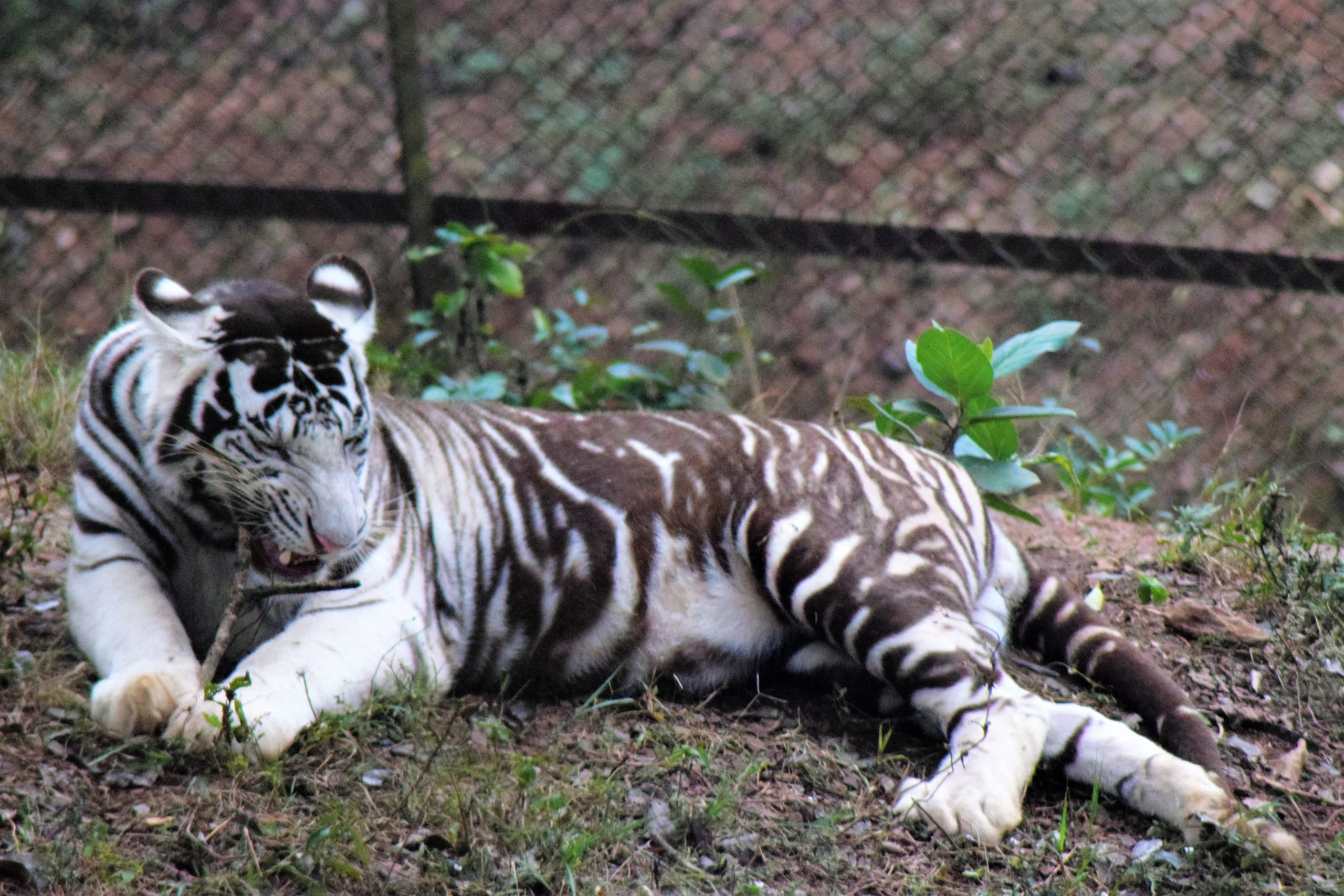 Scientists Discovered an Anomaly With the Taqpep Gene

According to their findings, which were published in the Proceedings of the National Academy of Sciences, the pseudomelanistic large cats have a mutation in their Transmembrane Aminopeptidase Q (Taqpep) gene. Like humans, tigers have two copies of every gene, and both copies are mutated in the case of these felines. Without any Taqpep, the process of pattern establishment is compromised, leading to the widening and occasional fusion of stripes. 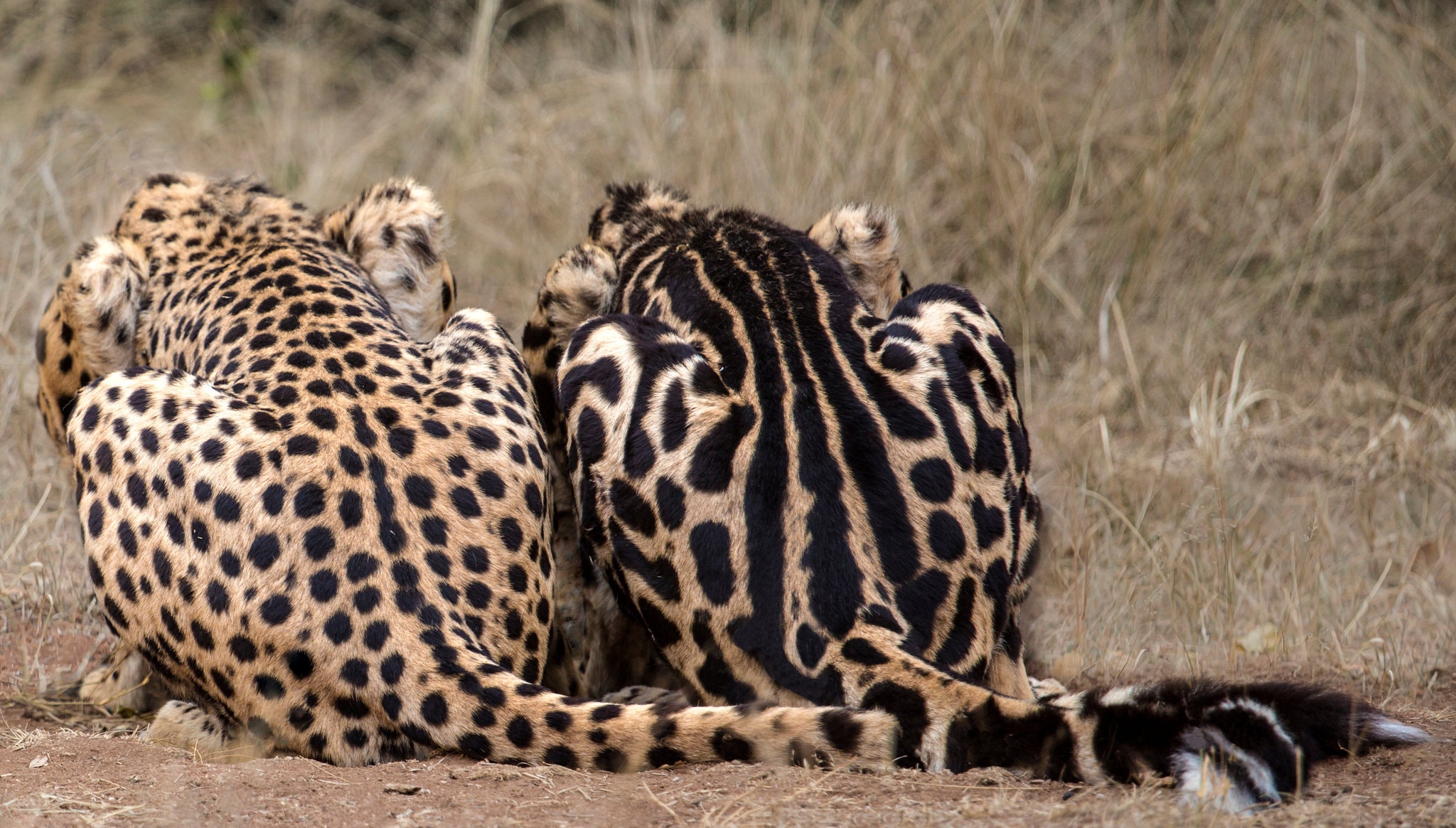 The geneticists’ analysis found that all pseudomelanistic tigers have a single nucleotide variant in their genetic code, which appeared to target the Taqpep gene, which is responsible for the blotches and stripe patterns in tabby felines, cheetahs included. In the case of the “black” Indian tigers, a lone cytosine nucleotide is swapped for a thymine, which alters the behavior of the Taqpep gene and leads to the unique coat.

According to the US Fish & Wildlife Service, there are eight subspecies of tigers, but three have gone extinct. The remaining subspecies have an endangered status, and while conservation efforts are being made, the job isn’t easy because keeping tigers in captivity and maintaining their genetic diversity is extremely challenging.

Where Does Bobbing for Apples on Halloween Come From?

It just wouldn’t be Halloween without a couple of scares and a good old bobbing game, right? Well, ...

In 2015, Belgian diver, Jean-Pierre Misson, claimed to have discovered the wreck of the submarine ...