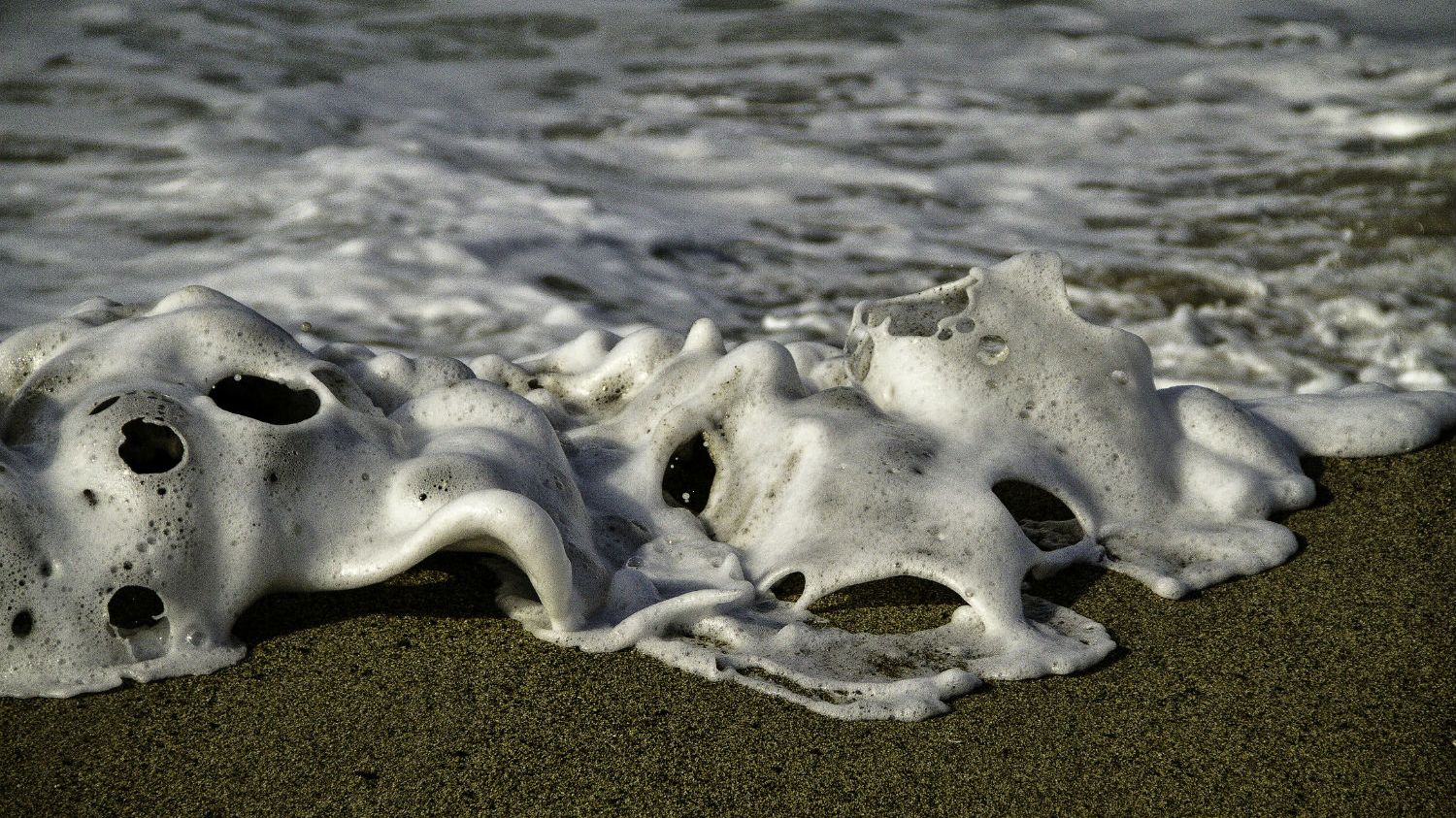 2021 brought a lot of weird things, and some of them happened to wash ashore. While it’s no news that the sea often reminds us of its depths by spewing out its contents on the beach, last year saw some pretty impressive finds. Here are five strange things that people found on beaches across the globe in 2021.

1. A Fish Inside a Jellyfish 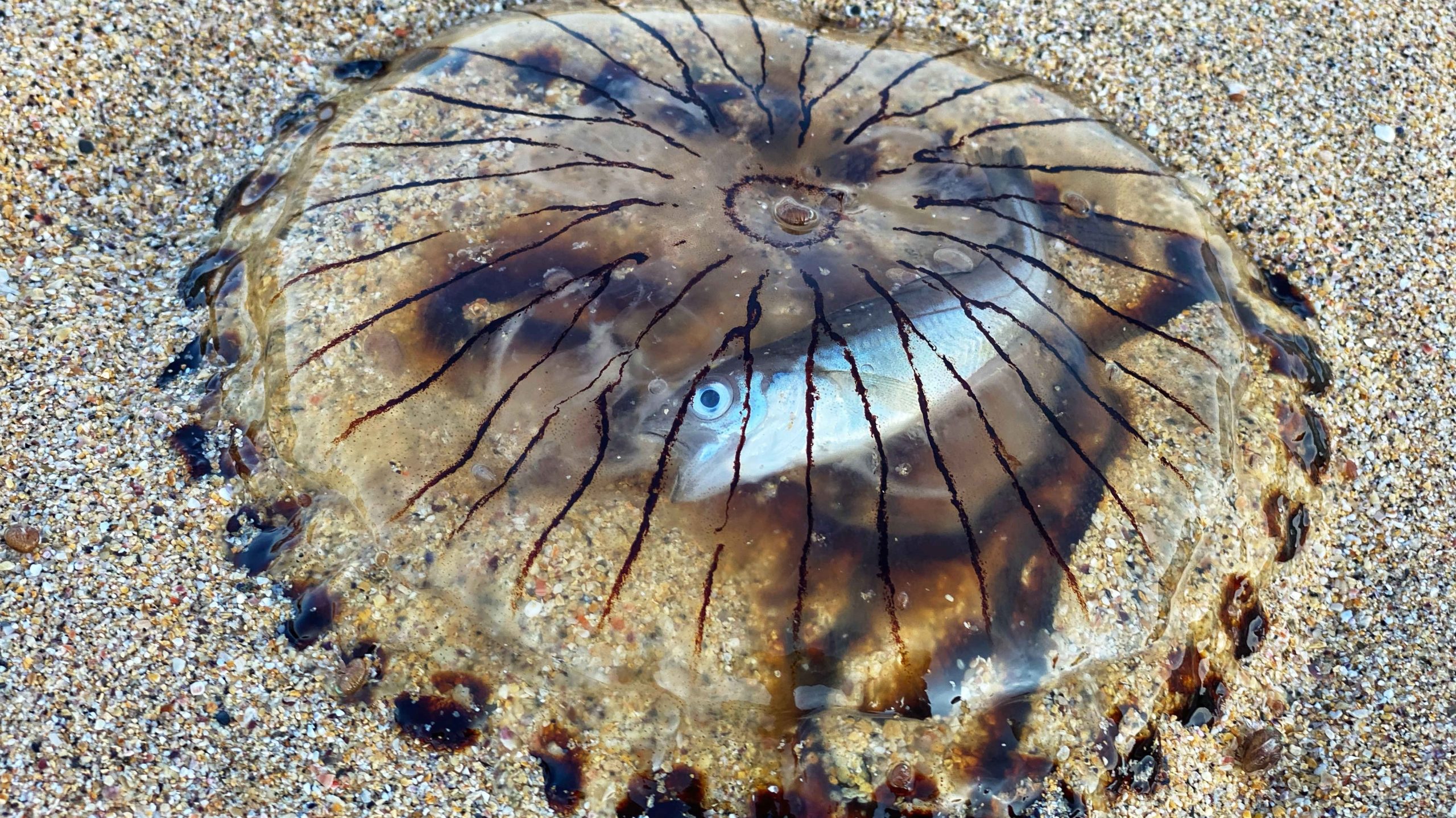 The sight of dead jellyfish washed ashore is hardly ever an event. However, beachgoers in the UK witnessed quite a sight last August when they saw a fish inside a jellyfish on the beach. The cnidarian’s “belly” was still full. It had an undigested juvenile fish in its translucent bell, which it must have consumed right before it met its end.

2. Toxic Tar Balls Washed up on an Israeli Beach 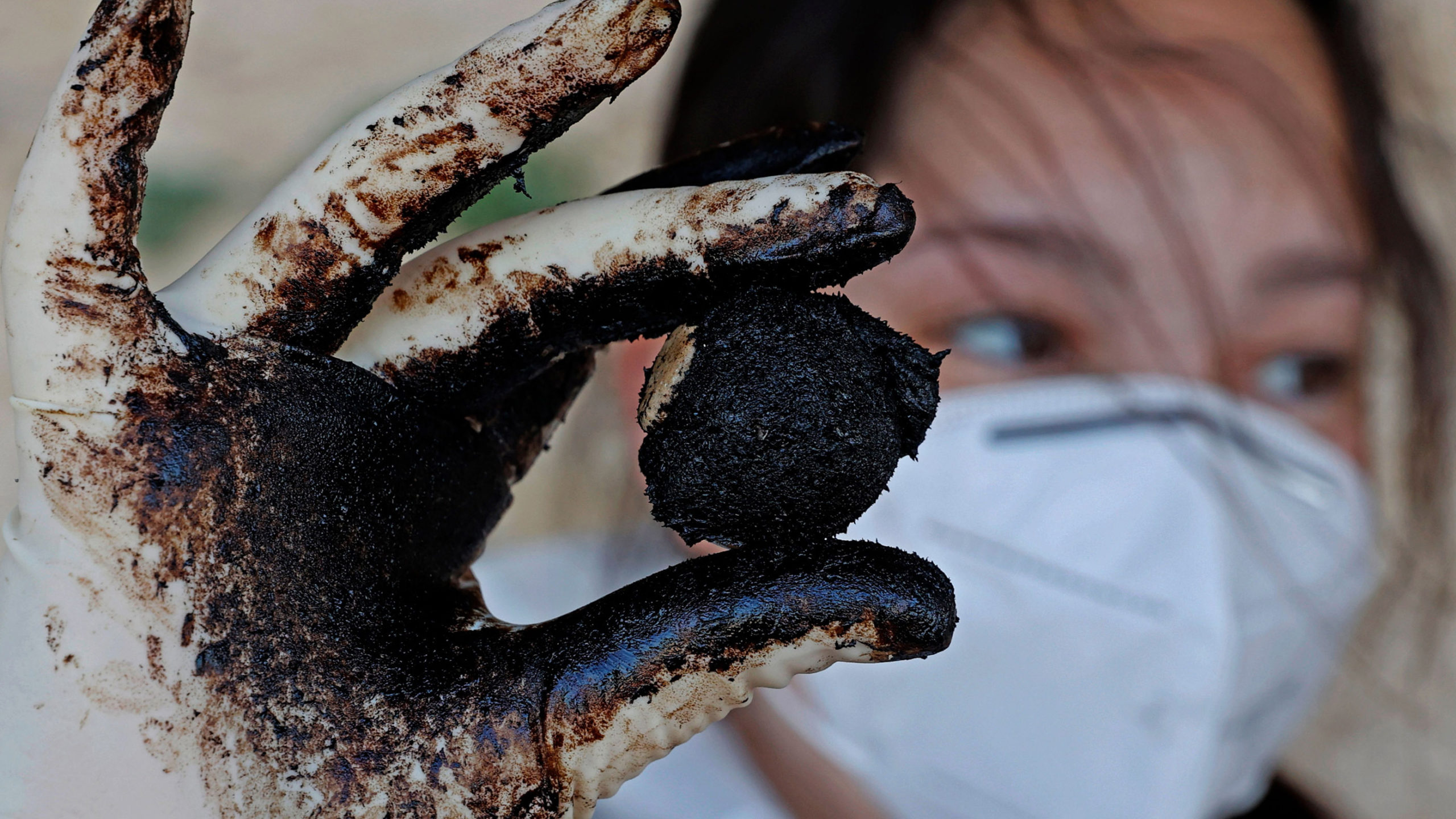 Back in February, over 100 miles of Israel’s Mediterranean coastline was affected when strange balls of tar began to wash up. The tarballs were the result of an oil spill that occurred 31 miles off the coast. Normally, the oil should have washed up on the beach in a more liquid form, but it turned into tarballs because of the rough sea conditions. These concentrated blobs of congealed oil were one of the most serious ecological disasters Israel had ever seen.

3. Oregon Beachgoers and Their Majestic Moonfish 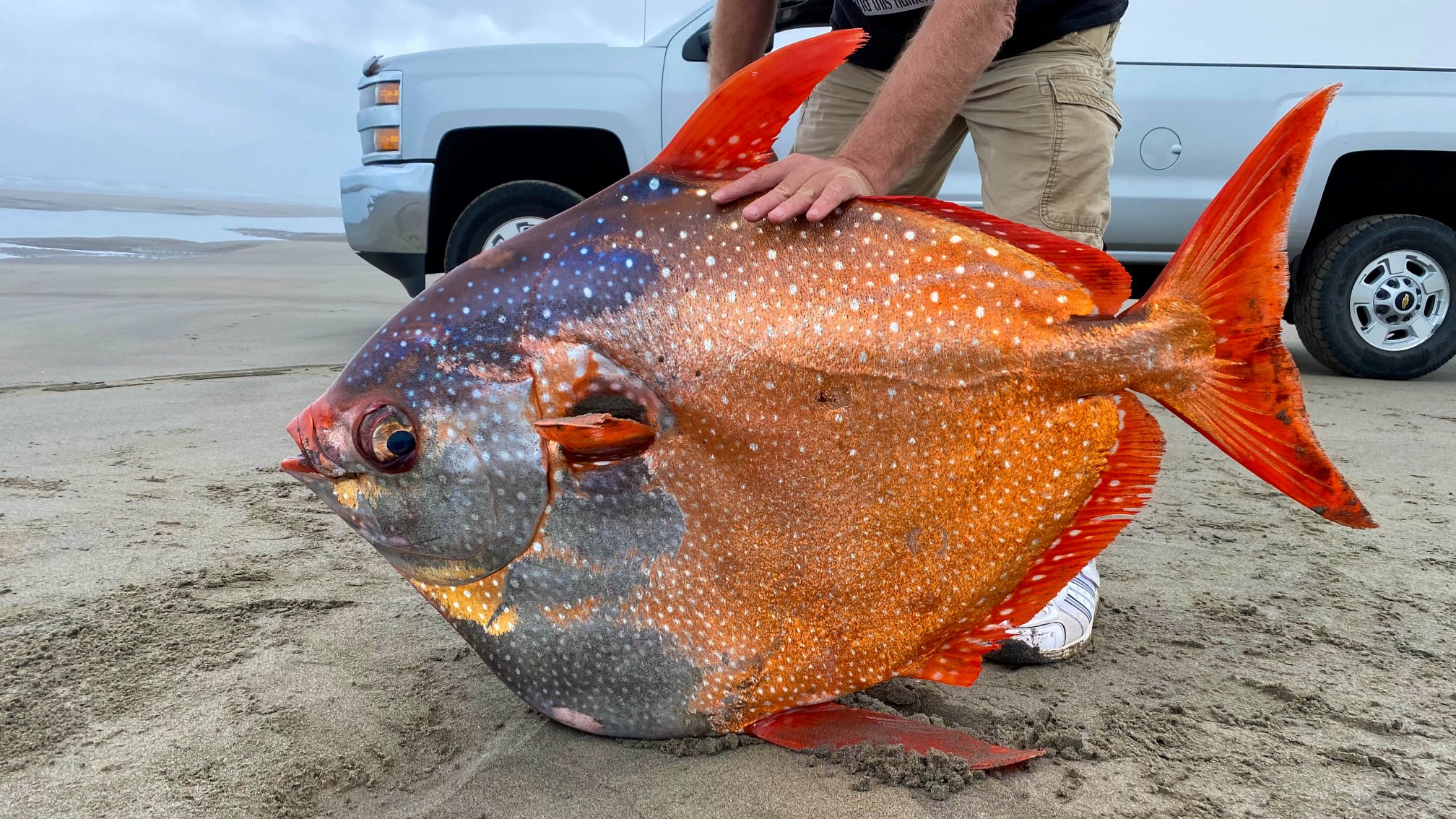 The diversity of marine life is truly spectacular, and sights like this breathtaking moonfish (also known as opah) are rare. The remains of this beautiful 100-pound moonfish washed up on an Oregon beach last summer, and it was a spectacular sight for beachgoers. The mix of silvery and reddish-orange hues of the fish, paired with its golden eyes, was truly a surprise for many. What was even more surprising, however, was that this moonfish appeared so far from home.

As open ocean fish, these pelagic are typically found in warm waters, off the coast of California and near Hawaii. Researchers suggest that the fish “wandered” up north as a result of global warming raising the temperature of once-colder dwellings, and we might be seeing more instances like that in the future.

4. The Twisted ‘Rope Pile’ on the Texas Coastline 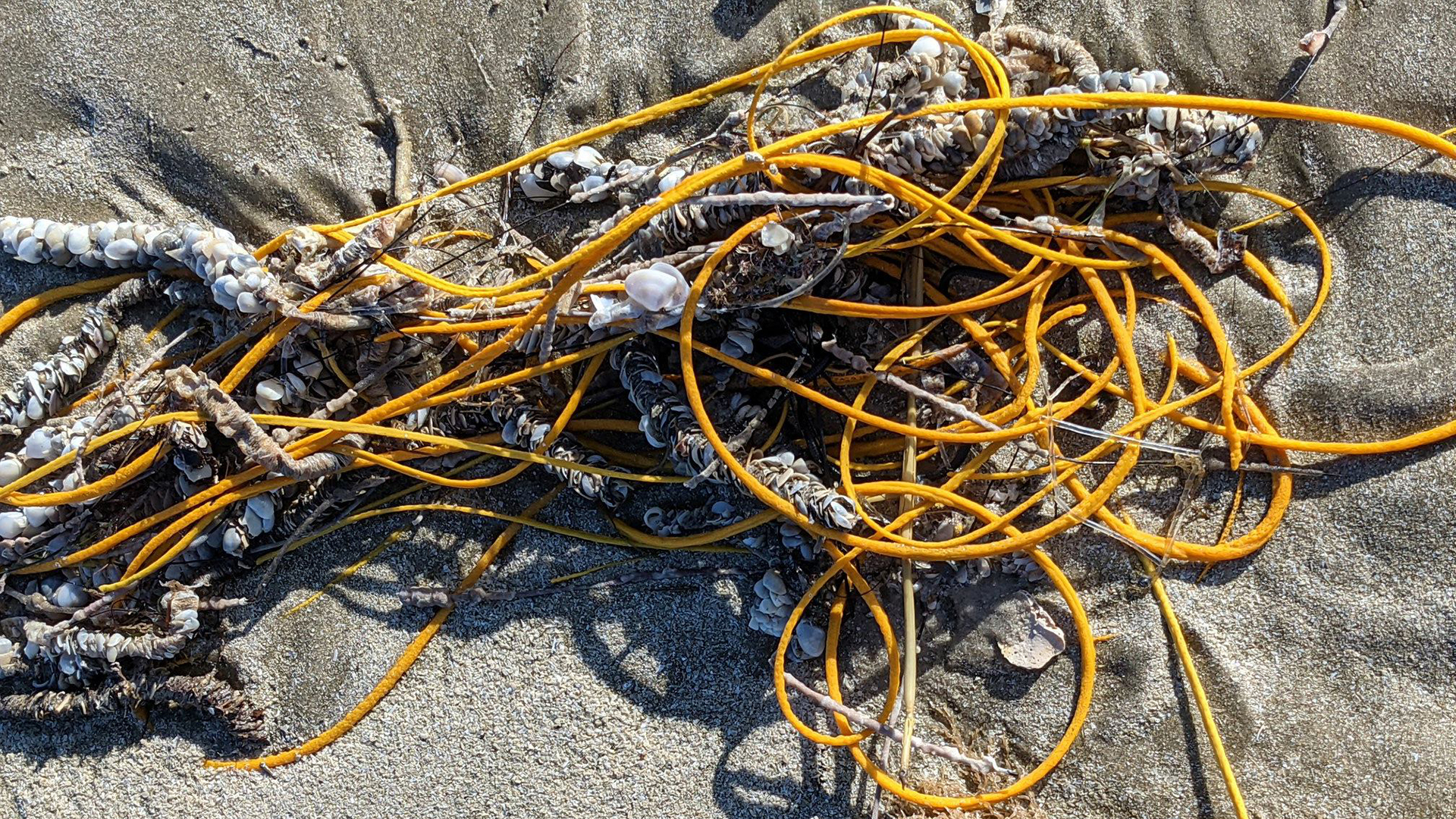 Although it might look like a tangled yellow rope, this knotted pile that washed up ashore in Texas is actually a type of coral known as a colorful sea whip. Leptogorgia virgulata come in vibrant colors — yellow, purple, violet, and red. To the uneducated eye, the sea whip may look like a tangle of cable or rope, which is what happened when it was first spotted on a beach in Texas. This yellow rope-resembling pile isn’t trash at all. It’s actually part of marine life.

5. A Young Killer Whale Got Stranded on a Scottish Beach 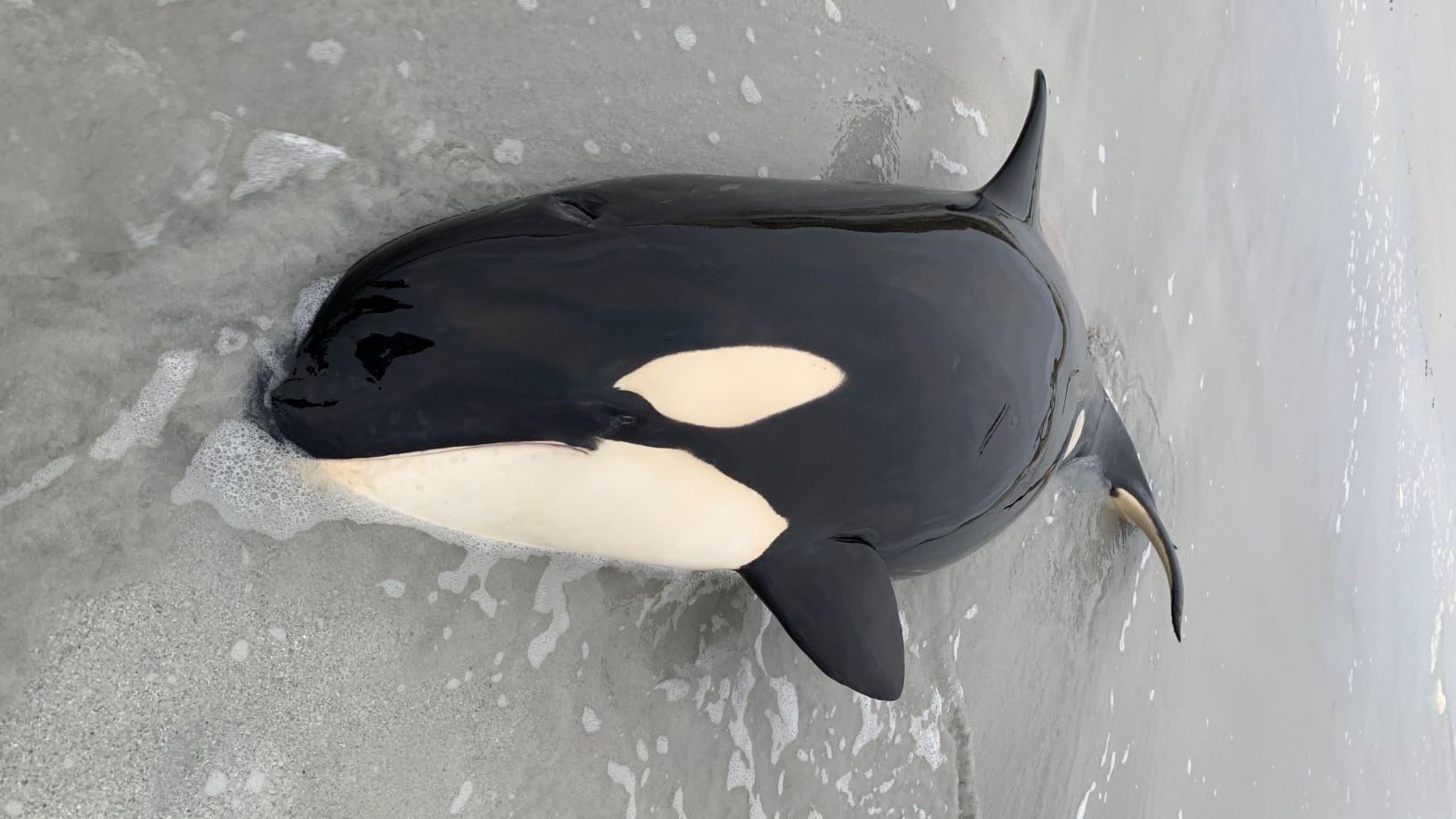 Not everything that washes ashore has met its tragic end. Last January, a group of trained medics from the British Divers Marine Life Rescue (BDMLR) heroically rescued this juvenile killer whale after it got stranded on a Scottish beach. What a wonderful rescue mission!

How Nathan MacKinnon Became a Star After Changing His Diet