Beneath the Mediterranean Sea and next to today’s Egypt is the ancient sunken city of Thonis-Heracleion. There, archaeologists have recently discovered the 2,200-year-old wreck of an ancient Egyptian galley that sank after getting struck by the giant blocks from the temple of Amun. The ship was found along with a burial ground. 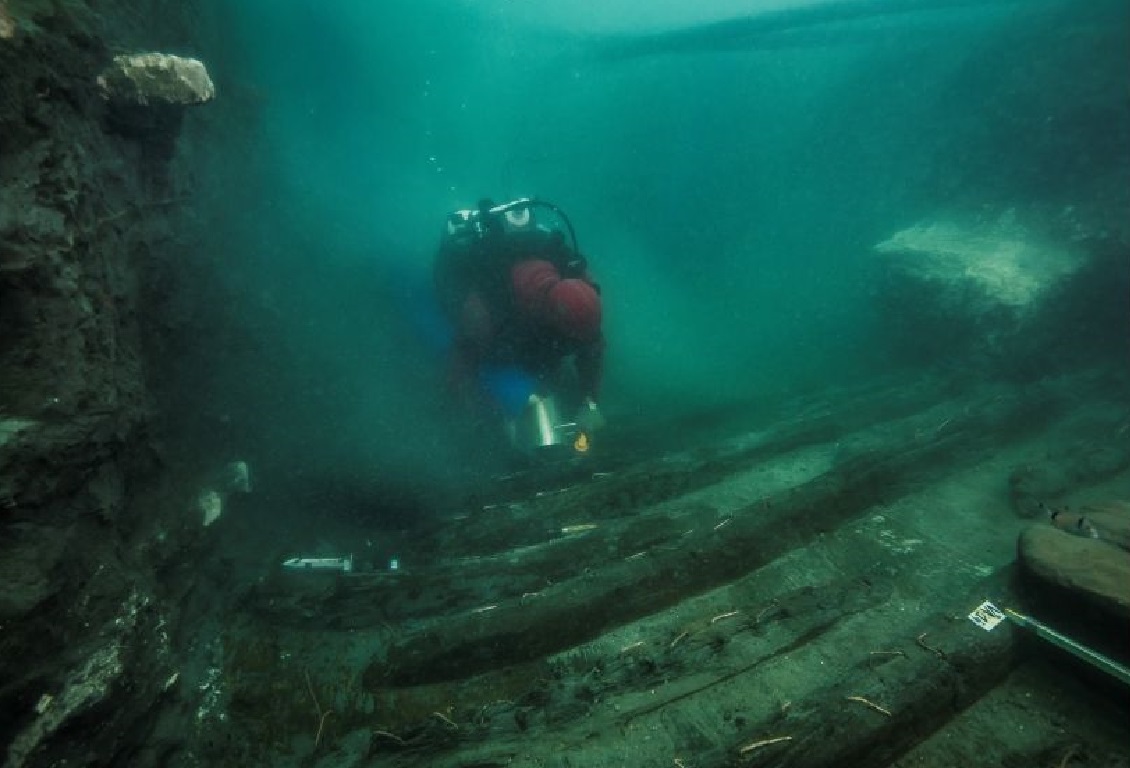 The shipwreck shows a ship that is called a fast galley. This was a type of vessel using a large sail and a team of oarsmen to propel it to relatively high speeds. This particular fast galley is 82 feet long and has a flat keel, which is a common feature for vessels that navigated the Nile during the times of Ancient Egypt. According to experts, the galley sank when it was hit by huge blocks from the temple of Amun, which was destroyed completely during a second-century calamity — probably an earthquake. The ancient fast galley is now beneath 16 feet of rubble and clay from the temple. 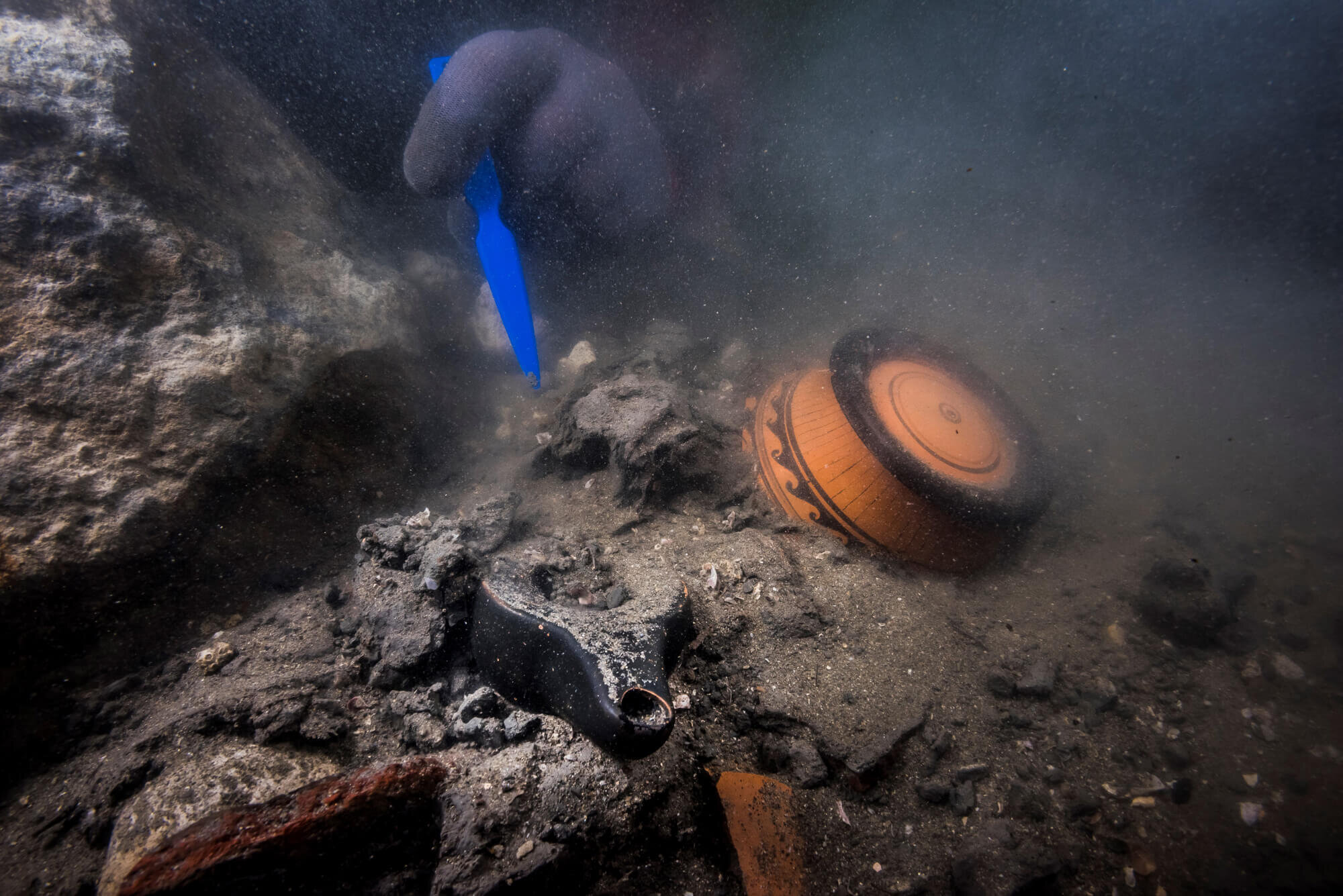 At Thonis-Heracleion, the archaeologists also found a burial ground that was used some 2,400 years ago. Elaborately decorated pottery and a golden amulet were discovered there, and one piece of pottery even had images of waves on it. The gold amulet depicts the Egyptian god Bes who was associated with fertility and childbirth. The burial ground was covered with a large pile of rocks called a tumulus. This practice was often used in ancient Egypt and other parts of the world to mark burials.

The ancient sunken city where the recent discoveries were made was called Heracleion by the ancient Greeks and Thonis by the ancient Egyptians, which is why modern-day archaeologists refer to it as Thonis-Heracleion. A series of earthquakes gradually toppled the city into the sea over the centuries until it was completely submerged nearly 1,000 years ago. It was rediscovered by archaeologists back in 1999-2000, and its remains have been studied by experts ever since.

Soldiers all over the world were required to shave. This also applied to the Canadian forces until ...