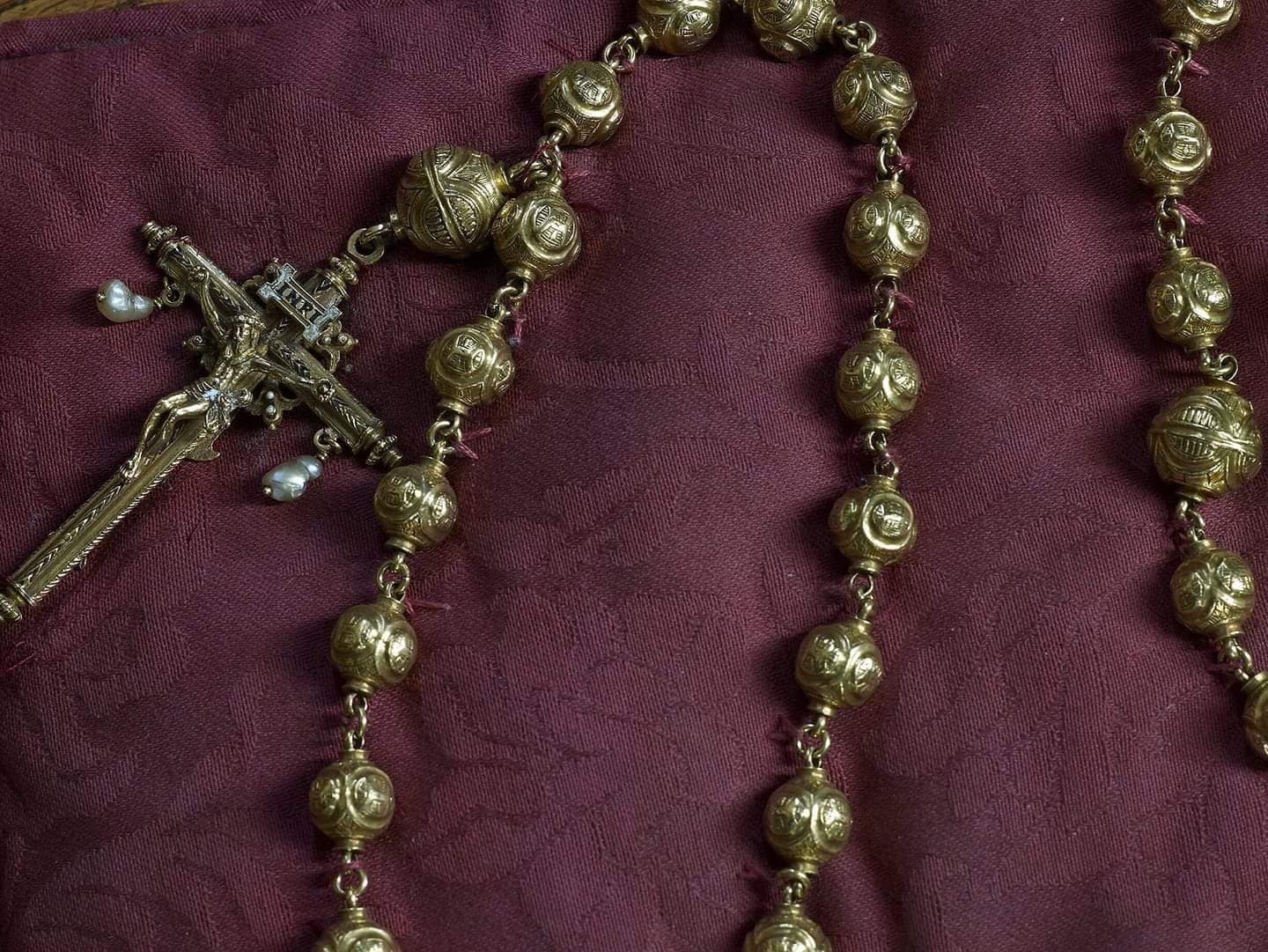 In a daring heist from Arundel Castle in England, the prayer beads of the infamous 16th-century Mary, Queen of Scots were stolen. According to a castle spokesperson, the beads and other stolen treasures are worth roughly $1.4 million (1 million British pounds), but their historical significance is “priceless.”

The castle in West Sussex was broken into on May 20, less than a week after it reopened to the public after being closed for most of the virus outbreak. The burglars allegedly entered through a castle window, destroyed the glass case housing the antiquities, and fled with the contents before security could respond to the alert, according to police. According to the BBC, the burglars most likely utilized a 4×4 as their getaway car, then lit it on fire and abandoned it nearby. 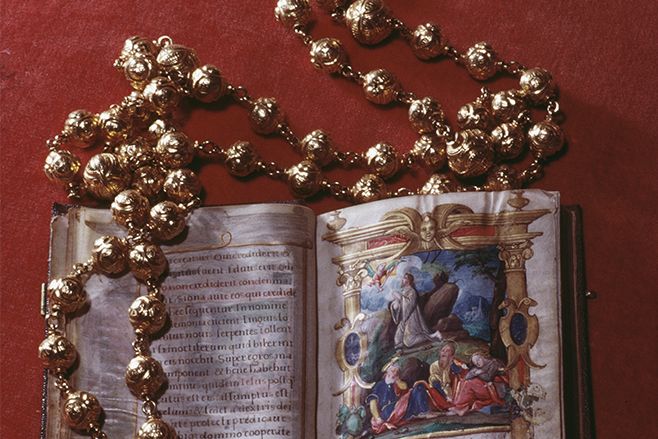 The spokesperson of Arundel Castle told the BBC that the rosary is of little intrinsic value, but it’s irreplaceable as a piece of the nation’s heritage. The robbers also took a set of coronation cups that Mary gave to the Earl Marshal, a regal title currently held by the Duke of Norfolk Edward William Fitzalan-Howard, the current owner of all the stolen relics.

According to the BBC, Mary, Queen of Scots, who briefly ruled Scotland and was thought by some to be the rightful heir to the English throne, carried the ornate set of gold rosary beads during her 18-year imprisonment by her paranoid cousin Elizabeth I, Queen of England, and even held them during her execution in 1587.

Who Was Mary, Queen of Scots? 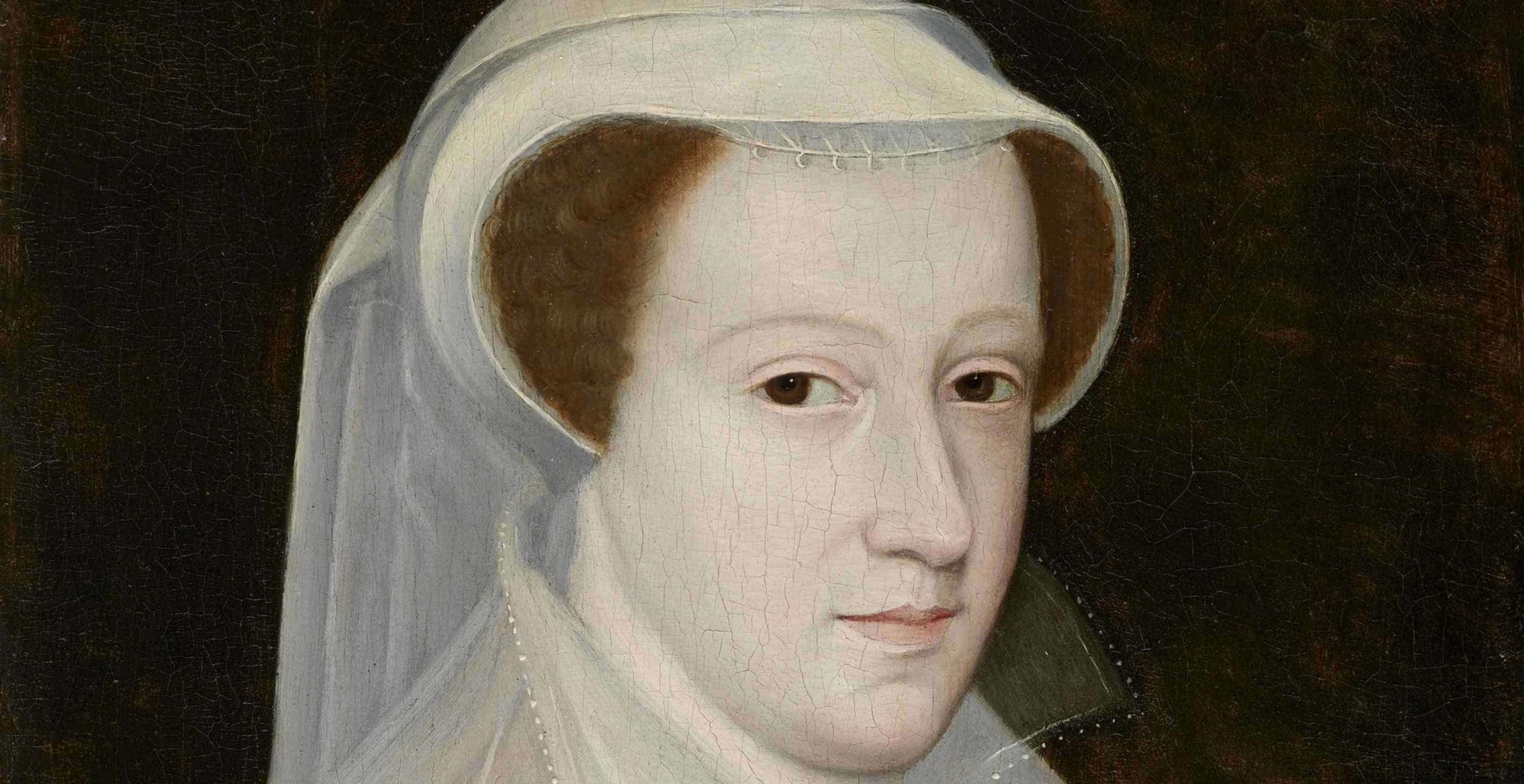 Mary, Queen of Scots was the only child of King James V of Scotland, who died only six days after she was born, leaving the country in the hands of regents. Mary was transported to France, her mother’s birthplace, when she was five years old, where she grew up in King Henry II’s court and eventually married his son Francis, who gained the French throne in 1559. As a result, Mary became France’s Queen consort. Francis, on the other hand, died young, barely a year later, leaving Mary a widow at the age of 18.

Mary returned to Scotland in 1561 to claim the throne of Scotland, but she was despised by the Scottish nobility. Scotland had gone from Roman Catholic to Protestant during her exile, and many considered the openly Catholic and France-raised Queen to be a stranger. The Scottish nobility revolted after six years and two poor marriages by Mary, the first of which resulted in the birth of her son James, and she was compelled to flee to England so she could take refuge with her cousin Elizabeth I, the Queen of England.The spokesperson

Scientists believe that they can have an FDA-approved treatment allowing millions of people to ...