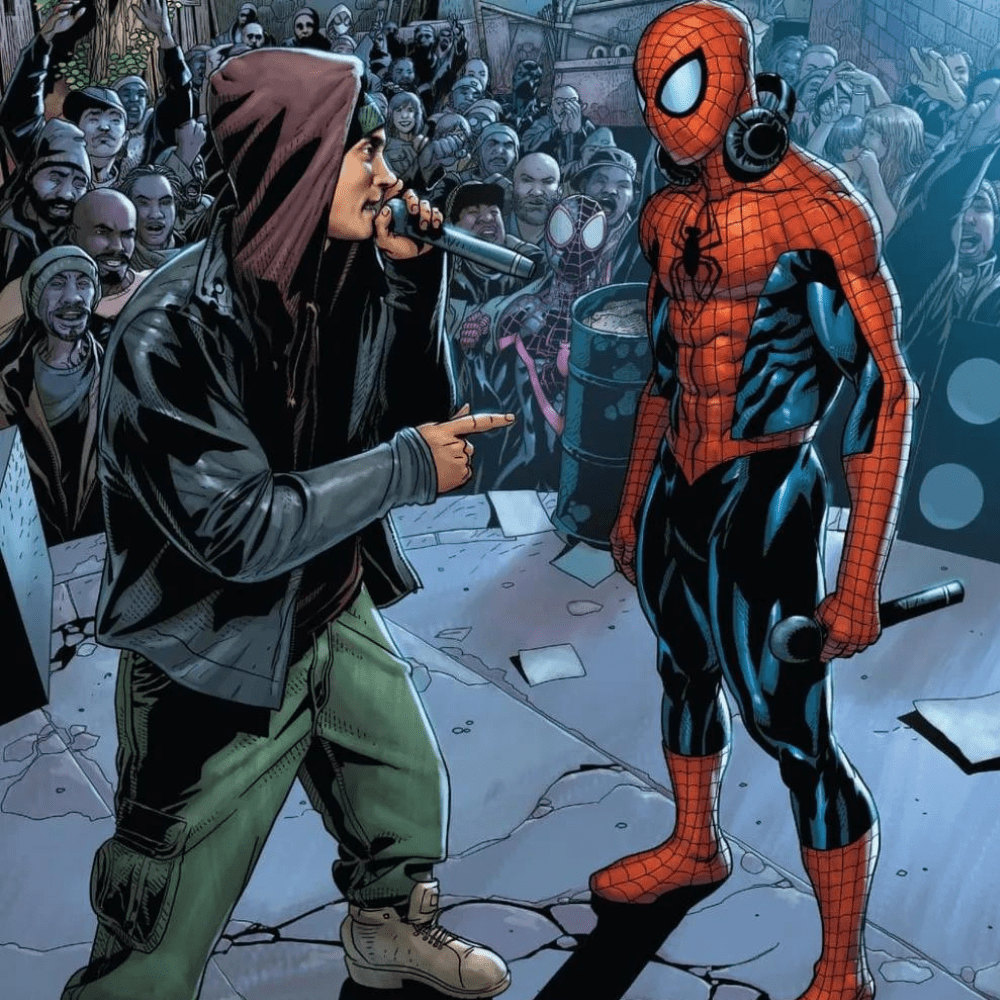 Christmas has indeed come early for Marvel comic nerds! In an unbelievable meeting of two worlds, Eminem can now be seen gracing the cover of a limited edition The Amazing Spider-Man book. While the “rap god” won’t appear in the comic series, creator Salvador Larroca has placed Eminem alongside the popular web-slinger on a comic book cover. 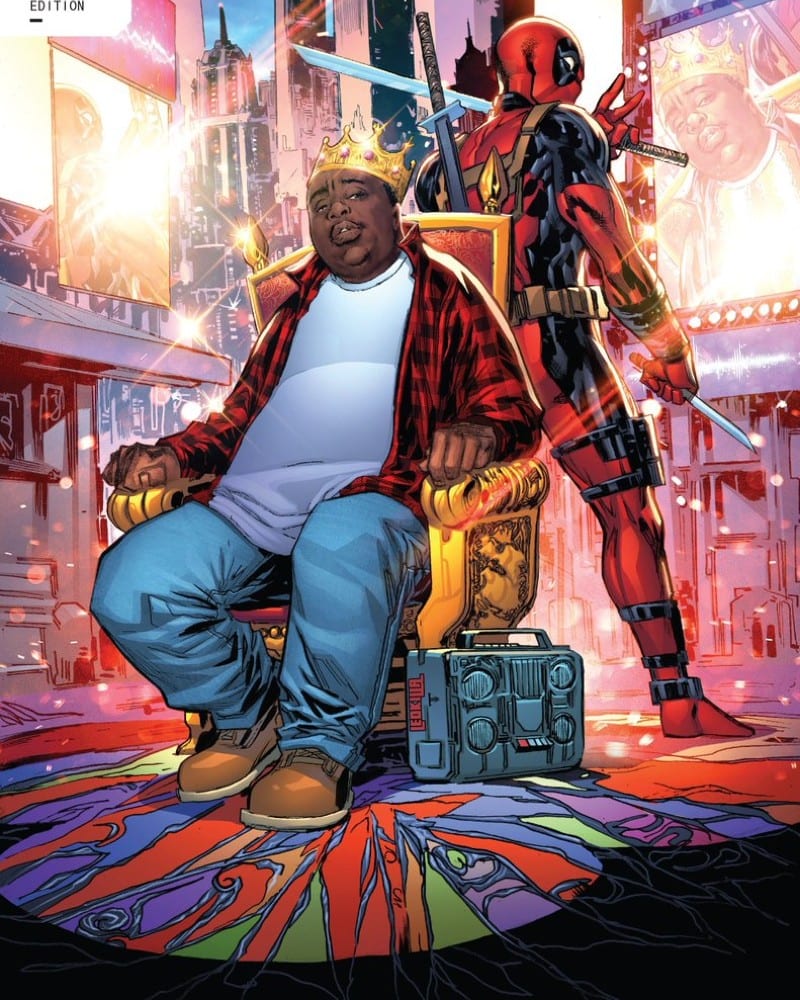 The special variant edition of the Marvel comic will grace bookshelves from November 29. But there will be only 5000 print copies available to purchase, along with an additional 1000 limited prints of the more special spotlight version of the original book cover. You can also snag a copy via Eminem’s website. Paul Rosenberg, Eminem’s manager and CEO of Def Jam Recordings, stated that the idea for the special cover came from Haul, a creative agency specialized in designing Variant edition covers, fusing the comic world with real-life pop culture. Previously, Haul brought football star Saquon Barkley to a Black Panther cover and singing superstar The Notorious B.I.G. to a Deadpool cover. In this Spiderman-Eminem version, an influx of other Marvel superheroes can also be seen cheering the two on as Eminem freestyles. You can easily spot Miles Morales, Ghost-Spider, Luke Cage, and Daredevil in the background crowd.

The Idea of the Cover

Rosenberg stated that Eminem didn’t hesitate for a moment when he was approached with the idea. The “Beautiful” singer said that he has been a massive Spider-Man fan ever since he was a kid and so being on a book cover rap-battling with Spider-Man is a huge honor and thrilling experience for him. Keri Harris, the Chief Operating Officer, stated that it was a real honor to bring Spider-Man and Eminem together, slinging raps on the limited edition official Marvel variant The Amazing Spider-Man (2022) comic cover. Undoubtedly, fans will be lucky to hold a copy of this highly sought-after collectible.

The Qui-Gon Jinn of Star Wars Liam Neeson is all set to star in Oscar winner Neil Jordan’s thriller ...